News include a renaming of General to Accelerate, an easier install process, a new user login and a new licensing system amongst others.

We have made following changes

A Symetri User ID is needed to run all Naviate 2022 applications except for Naviate Rebar Extension.

First time you start Revit after installing Naviate 2022 you will be prompted to log in. Either create an account, use existing account for Naviate.com or an account that License administrator at your company has created for you. 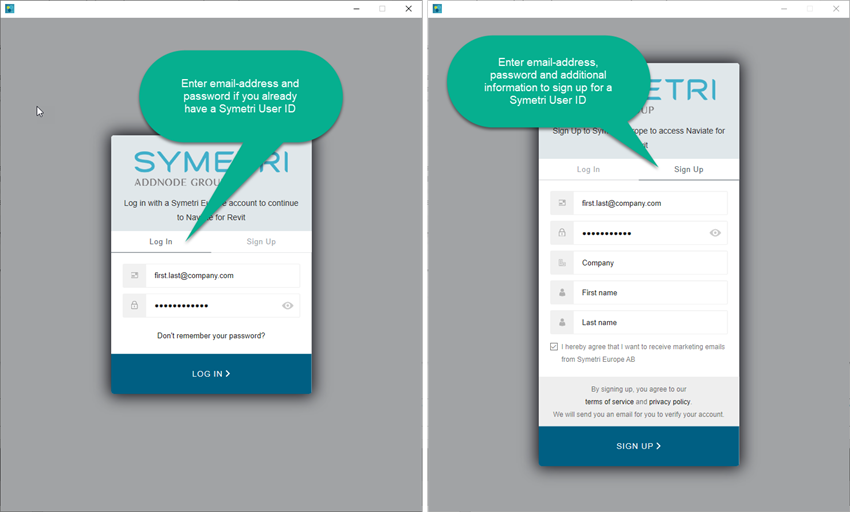 The account you use will determine which of the installed Naviate applications you will have access to use. If no license is assigned to your account for an installed application you are asked to start a 1-month trial once.

You will be remembered on the computer you log in on until you logout from Naviate. You will not need to login every time you start Naviate. After a long period of inactivity, you might need to enter your password again when starting Naviate.

You can use Revit without logging in to Naviate. The Naviate applications you have installed will be disabled. Click on “X” button when asked to log in.

Note! Naviate Rebar Extension will not require a Symetri account. It doesn’t require a license to run.

User based licensing of Naviate applications and new License Portal for user and license management.

Naviate 2022 applications uses a new licensing system based on the Symetri User ID. The Naviate licenses you have bought have to be assigned to user accounts (Symetri User IDs). This is managed in the new Symetri License portal.

You also have an option to start a trial period for 1 month for applications you install but don’t have a license for.

A Multi-user license can be assigned to multiple Symetri user accounts.

If you have installed a Naviate application that you don’t have a license for you will be asked to start a Trial. The Trial is valid for 1 month and can be activated once per computer. Once you have started a Trial you can use the Naviate application off-line during the trial period.

If you answer No when asked to start a trial you will not be asked again when starting Naviate unless you logout and restart Naviate.

The Symetri License portal is a web application that you can start from Help ribbon in Naviate or by using the link: https://license.symetri.com. Use your Symetri User ID to sign in.

As a standard user you can

As a license administrator at you company you can

Read more about how to manage your licenses here.

We have made the following changes

Where is my favourite tool?

The tools in [N] Accelerate Ribbon are still included in the applications mentioned above but is technically an own application called Naviate Accelerate. Naviate Accelerate is automatically installed with Naviate Architecture, Electrical, HVAC & Plumbing, Landuse, Structure and Site & Landscape and use those licenses as before. But it can also be can be purchased and installed separately.

Export current view or sheet, a selection of views or sheets or a complete sheet list with a few clicks.

The new tool creates PDF files for current selection using the selected PDF Export setting. Similar to Quick Print you can preselect a number of Sheets or a Sheet list in project browser and start the tool. But Quick PDF Export also allow pre-selection of views or a view list. If you start the tool without pre-selection the current sheet or view will be printed.

Configure Publish to export PDF-files without using a PDF-printer driver.

You can now configure PDF Exports in Publish that let you create PDF-files directly without the need for installing and configuring a PDF printer driver. You have the same option to select what Sheets or Views to export as you have when printing, a Sheet Set, A Sheet or View Schedule or by using a specified parameter & value. 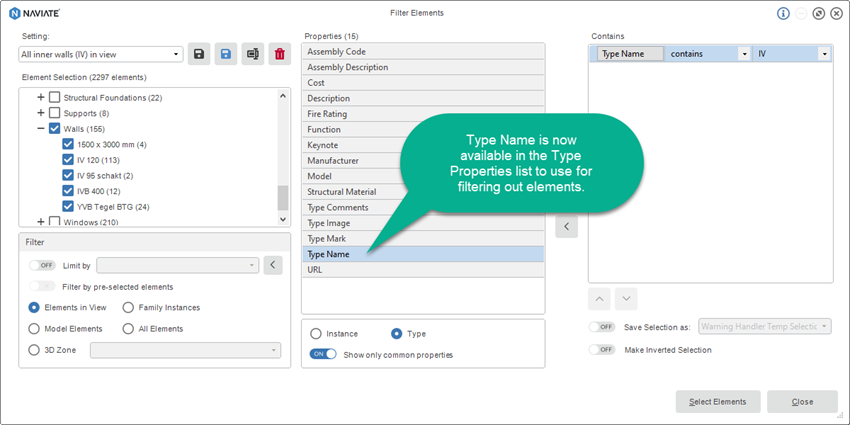